Diving into the world of podcasts may be so “2014,” but sometimes it takes a little prodding to push historians (kicking and screaming) into the 21st century.  If you have not listened to Buckner F. Melton, Jr.’s Naval History Podcast it comes highly recommended! 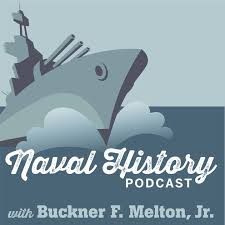 Each episode shares remarkable maps, images, and an extensive citation list that will astound any maritime historian.  He mentions many of the authors we have in the museum library such as Mahan and Speller.  The beginning sounds a little like a WWII radio broadcast, but trust us, the program is far from hokie and is extremely thorough and interesting.  Try it! 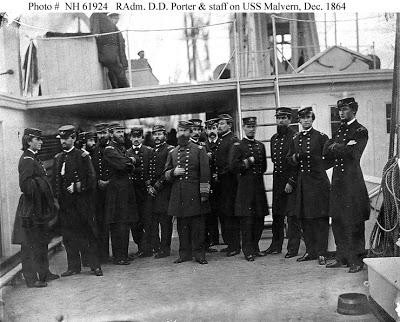 THE UNION NAVY & TIES TO THE LOWER CAPE FEAR

Pictured in the center of this photograph is Rear Admiral David Dixon Porter, a man by many accounts, who could successfully lead his men and work well with the army.  He understood the importance of joint operations and was instrumental during the 2nd Battle of Fort Fisher.  Fisher was the largest earthen fortification in the Confederacy and was the last hope to defend Wilmington, North Carolina (the largest city in North Carolina and Robert E. Lee’s final supply line to Virginia).

Pictured to the far left is William Barker Cushing, a daring and sometimes reckless Commander who took risks, but they often paid off for the US Navy.  He was responsible for destroying salt works along the NC coast, raiding Smithville (now Southport, NC) and attempting to kidnap the commander of Fort Johnston.  Stationed on the North Atlantic Blockading Squadron, Cushing was considered quite the thorn in the side of Major General William Henry Chase Whiting, commander of the Cape Fear district (CSA). 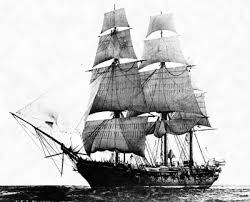 Watch this incredible video from November 1900 of sailors drilling aboard the USS Constellation!  The height at which these sailors worked can be nerve-wracking to the most any person!

Have you ever wondered where Herman Melville found his inspiration to write Moby-Dick?  Well, meet young Owen Chase, one of the only survivors from the Whaleship Essex.  This vessel, attacked by a whale, met a horrible fate and torturous disaster.  Special Thanks to Dr. John Rocco for finding this link and sharing it with his SUNY Maritime Students, the tale is too incredible!  Have a look here: Narrative by Owen Chase

For more information and an incredible documentary, click on the literature tab and find a documentary on the Essex under Poe’s Narrative of Arthur Gordon Pym timeline.  It is quite extraordinary!

Check back often as more information is added to the History section of the website!